The Que for the 20th anniversary grey PlayStation 4 that was given away for £19.94 to the first 94 people with wristbands that were given out last night also the lucky 94 were given a free cab/taxi to get home safely and serial numbers on all ps4 given out were logged in case they got stolen lol

In total 12300 limited edition grey PlayStation 4 have been made

Below is a few pictures i took and a short video 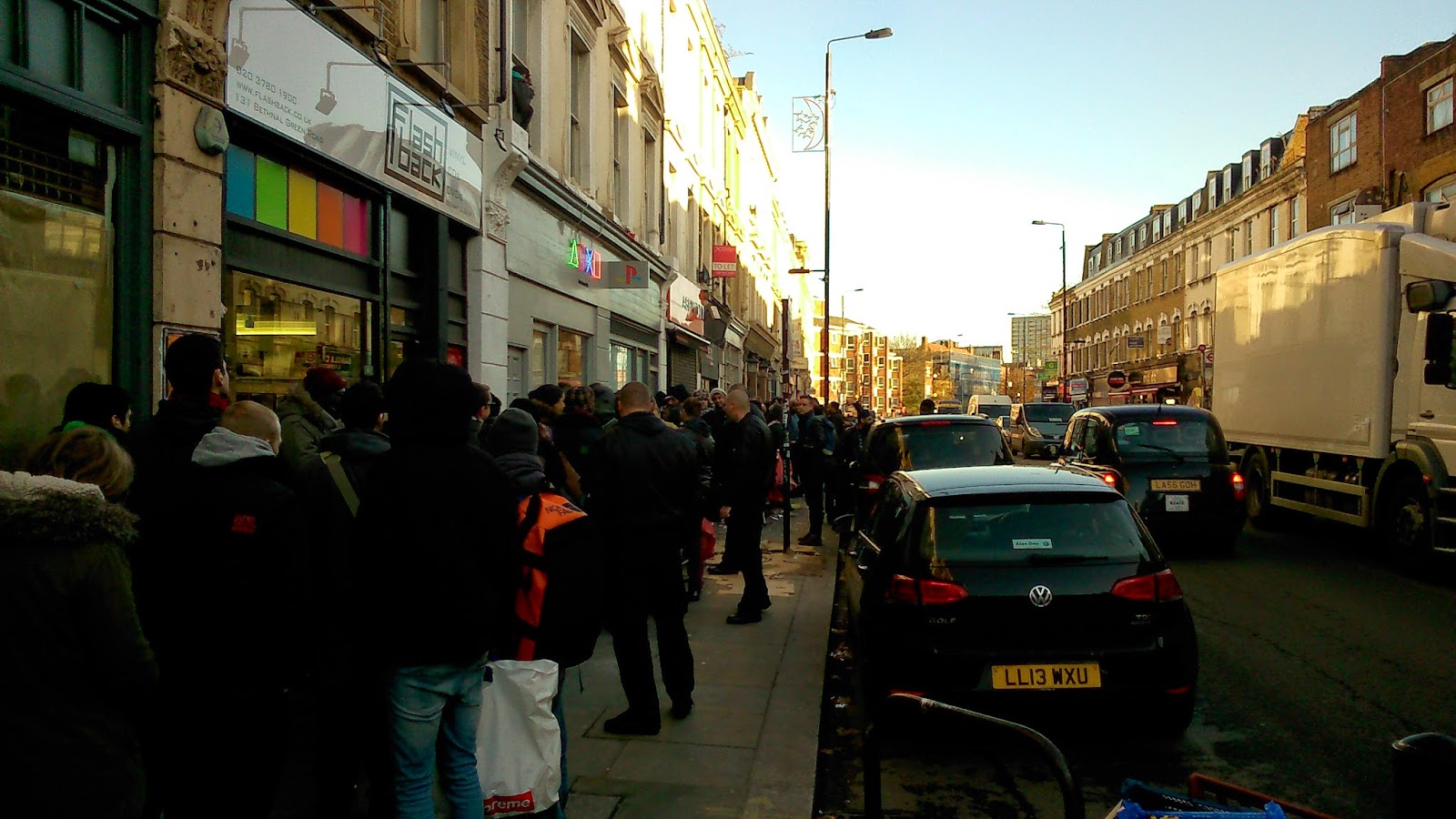 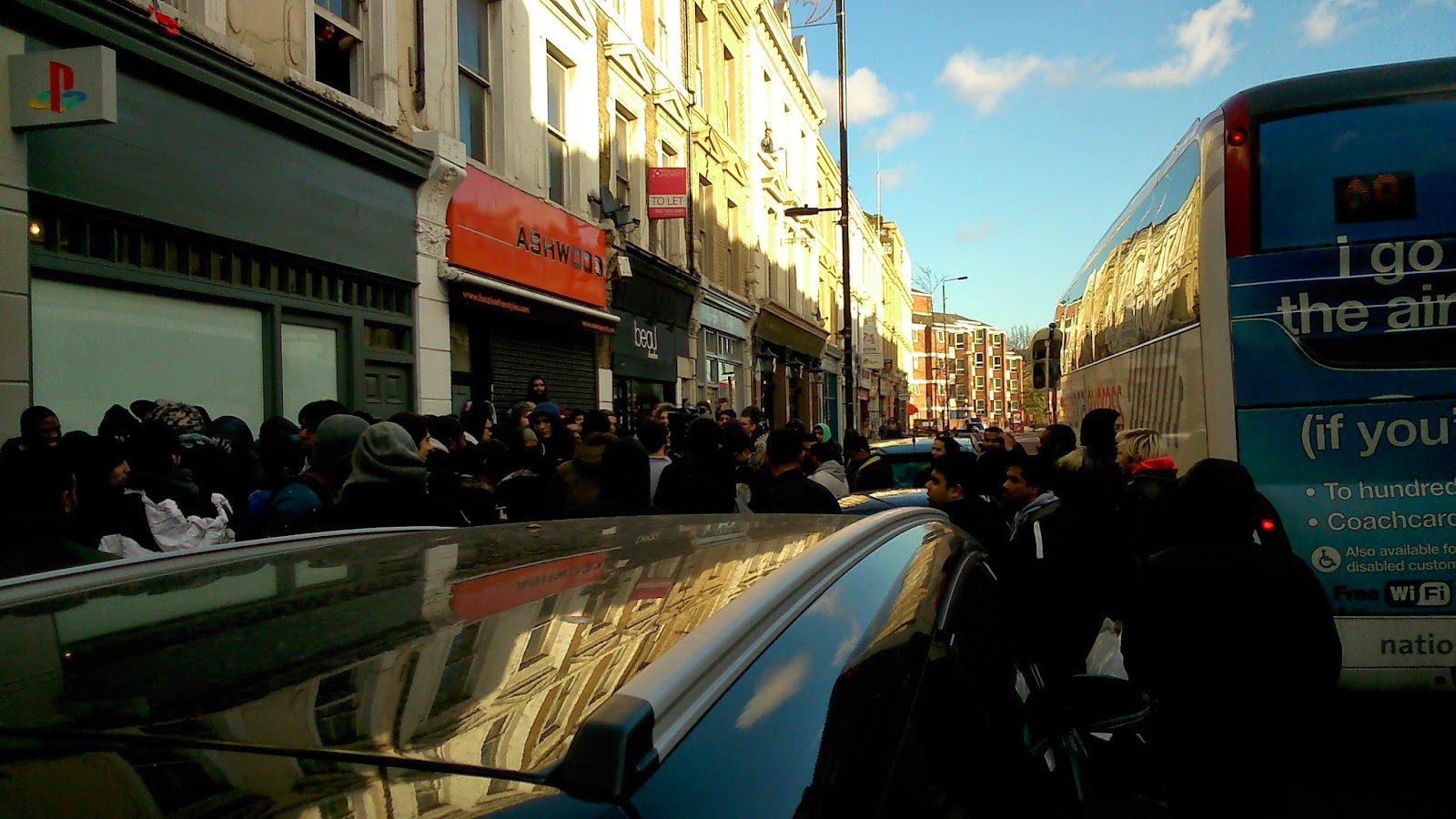 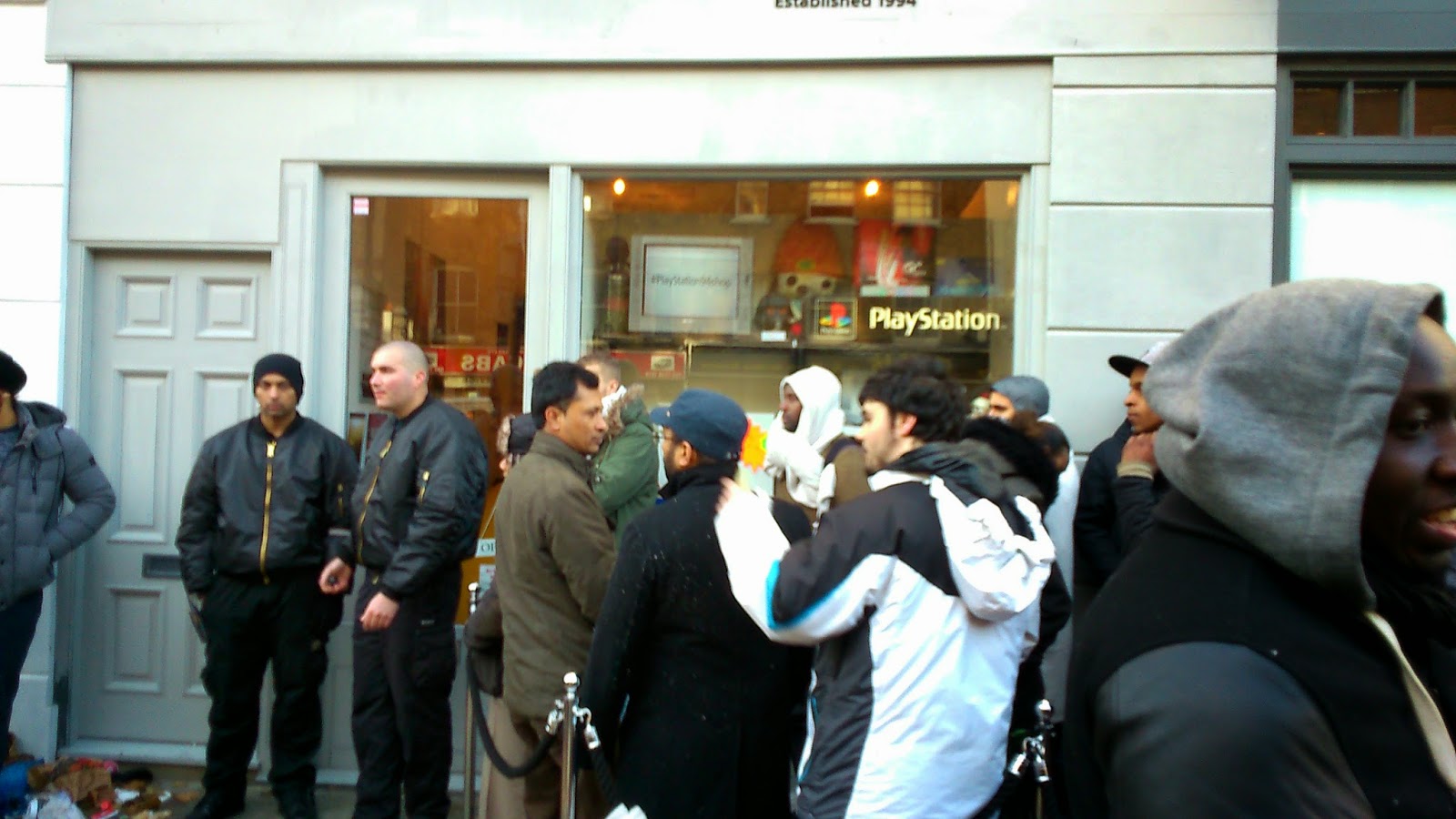 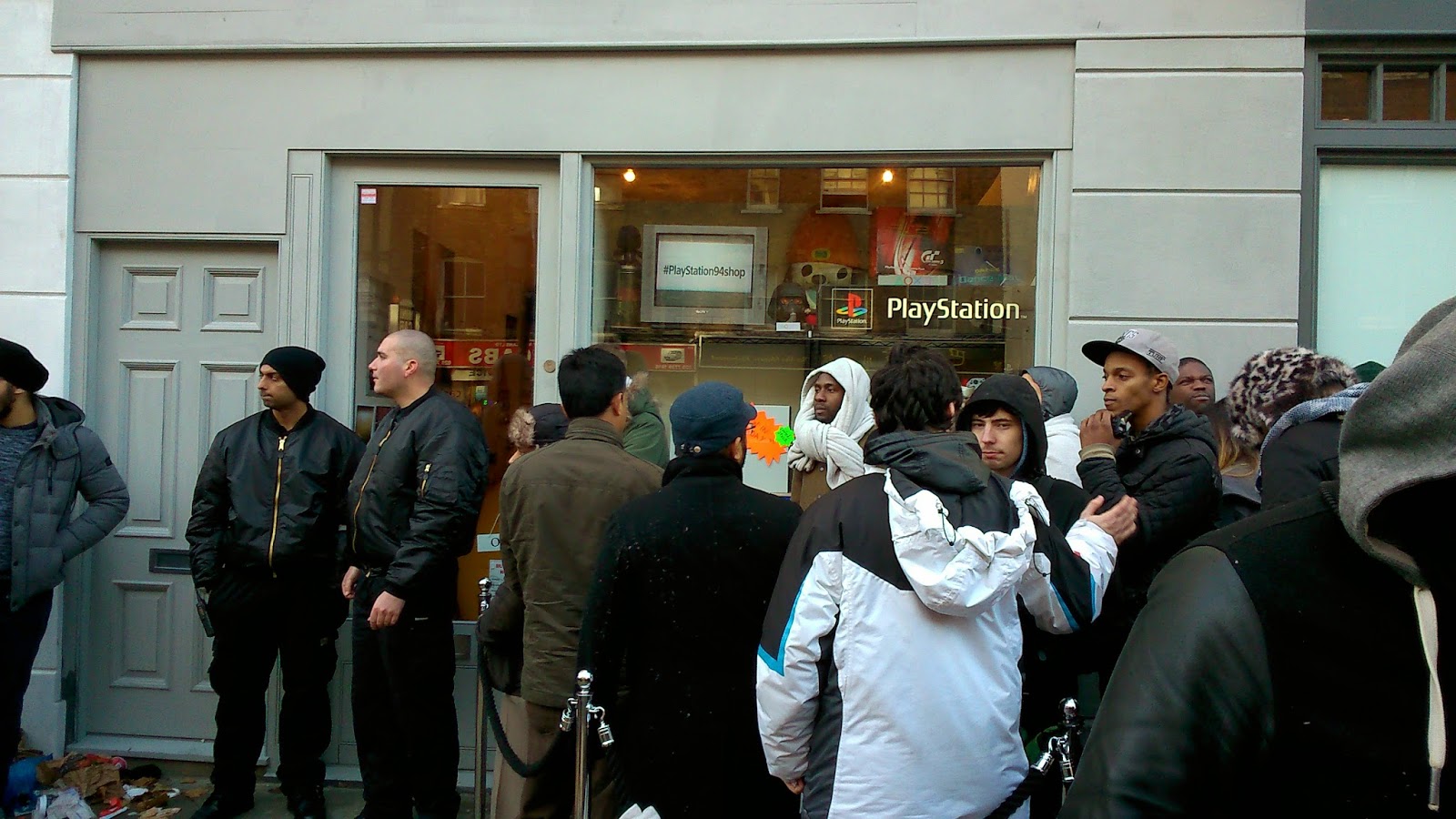 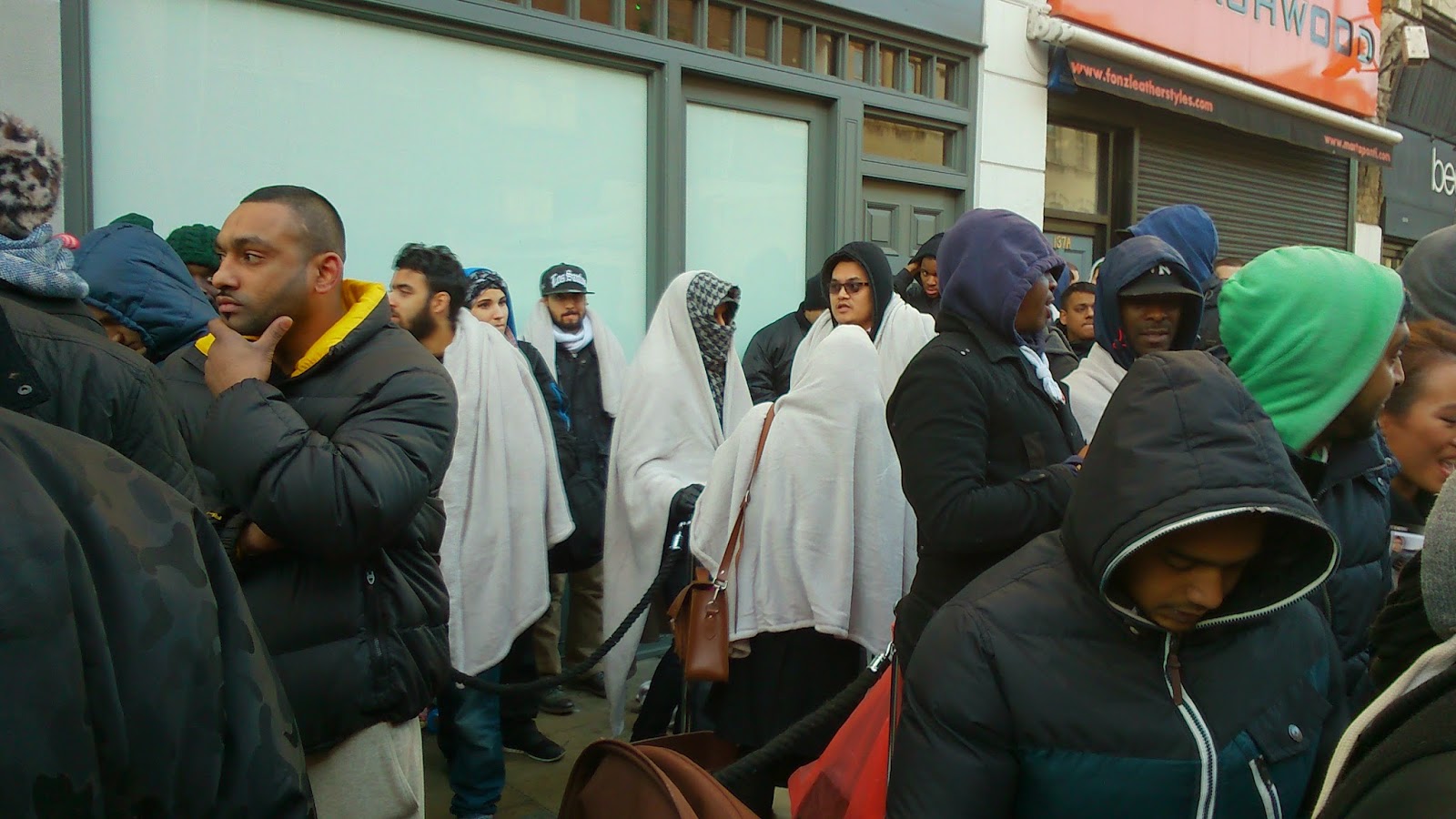 War of the Light Part II is now available on the PC Test server. The fate of the entire Emotional Spectrum hangs in the balance of an uneasy alliance between Green Lantern Hal Jordan and Sinestro. Feeling love is endangered by this relentless war, Carol Ferris and the Star Sapphires have come to Earth to restore their own entity and to stop the strife…and all who get in their way.

Look for “Warriors of Light II” in your Mission Journal and head to Mogo’s Command Center (Heroes) or Ranx’s Command Center (Villains) from your HQ to begin your adventures in War of the Light Part II.
Combat Rating: 106

New Solo Content!
New solo content is available in the open world in the Downtown Metropolis Battlezone and in a new solo Challenge, Spark of Parallax!

• Spark of Parallax Solo Challenge
o The Spark of Parallax must make it to the Central Power Battery on Qward! Heroes and Villains must work with Hal Jordan and Sinestro to ensure that the entity of fear is restored, and the Emotional Spectrum is on its way to recovery.
o Open your On Duty Menu and look for the new Challenge under Tier 6 of the 1 Player Tab.
o Combat Rating: 106

• Spark of Ion Duo
o The Spark of Ion must make it to the Central Power Battery on Oa before it’s too late. Help Hal Jordan and Sinestro make sure the essence of the entity arrives safely!
o Open your On Duty Menu and look for the new Duo under Tier 6 of the 2 Player Tab.
o Combat Rating: 106

The Booster Bundle Is Back For A Limited Time!

The Witching Hour Returns with new Base Items, Feats, and Styles!
All hell has broken loose in the streets of Gotham City and inside The Midnight Masquerade Nightclub! Go to the East End safehouse in Gotham City and speak to the Phantom Stranger (Heroes) or the Tap Room in Burnley and speak to Tala (Villains) to receive further instructions. Each day of the event, look for The Witching Hour in the Mission Journal to complete and earn Spooky Bites!

To queue for The Midnight Masquerade, go into the On Duty UI and look under the Events Tab. The mission and the event are available to players at or above Level 10.

The Vault has gotten a bit spookier during The Witching Hour Event. Don’t be afraid to check it out!

Shop Skeets’ Boo-tique for the latest in scare-wear, tricks, treats, and creepy items for your Base or League Hall.

Link Death!
Link Death allows players a ten minute grace period to log back into the game where they left off if they disconnected from the game. We have also made improvements to exiting the game in general for both PC and Playstation players. Details are contained in the notes below.

PVP Season 3!
Game Update 41 brings PvP Season 3 to DCUO! This includes:
• 2 New Style Sets
o Gotham Knight inspired by Nightwing for Heroes
o Vengeful Surgeon inspired by Hush for Villains
• Infinite Soder Cola in PVP Arenas!
o Look for the Soder Cola Infinite on the PvP Vendors in the Watchtower and in the Hall of Doom.
• PvP Stat Balance!
o If a player is un-geared or under-geared while in a PvP arena, any stat that doesn't meet minimum entry requirements is automatically increased to the minimum based on your current role!
• See Notes below for more!

Armory Imprint Options!
Players can now save and load different aspects of an armory without affecting the other parts! Available now after imprinting a build are two new menus, Imprint Menu and Activate Menu. These menus offer further control over armory changes without having to rework the whole armory! See the notes below for further details!

Trade Improvements!
With Game Update 41, we have made improvements to Trade. An enforced delay has been added to trades after the contents of the trade have changed before it can be accepted.

Loot Notification Improvements!
Loot that is acquired while obscured by a full-screen UI will now be notified in the Heads-Up-Display, (HUD) once that UI is closed. Additionally, the loot notification UI will now display up to three pieces of acquired loot at once!

All servers will be taken offline Tuesday, September 2, 2014, at 5:30AM PDT, to launch Game Update 40! Downtime is expected to last about 6 hours.

Gadgets users can now use a number of new mechanics centered around "Advanced Interactions" to cause superior damage output. Specific changes are outlined in the notes below.

The combinations are unique per primary weapon, meaning that Brawling into Two-Hand can be different from Shield into Two-Hand. By setting the Mastery Weapon style option, you are not setting your actual style for the primary weapon nor are they shared between the combos.

With this change, primary weapon styles will persist on logout as well.

Note: PS3 Players will be able to change their Weapon Mastery styles and see their choices; however other players will always see the Default weapons displayed. This is a PS3 only constraint.

New Mainframe Boost!
With GU40 we are adding a new Boost column to the Base Mainframe. This means new upgrades to all of our Sidekicks, Back-Up, Orbital Strikes, Supply Drops, and Tactical Mods at a price of 15625 Marks of Triumph.

Note: Boost III does not require a new Generator Cell level. It will use the same level that powers Boost II.

Prestige Messaging Improvements
Players in a League will now be able to access a Prestige Report from the control panel in their personal bases to find out how much Prestige is being generated by that base for their League. Simply select that option and view the report in the text field at the top of the menu!

Prestige is earned from decorations and amenities per base so players will have to visit each of the bases they own once per week to collect that amount. Prestige earned by mainframe upgrades, generator mods, and power level are shared by all bases and will be collected only with the first base you visit that week.